Technology makes the world go round nowadays. Everywhere you look, there is a shiny piece of gadget that is sure to catch your attention. And almost everything is automated too. The demand for computer hardware continues to grow as people have increased computing needs at home or at work. Agencies, offices, and organizations are centralizing their operations, which mean data are encoded on the computer that likewise demands sufficient data storage memory. 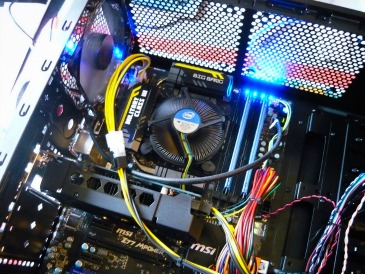 The appearance and features of computer hardware have also changed a lot over the years. The newer hardware looks sleek and sophisticated and visibly much lighter than its older counterparts. Business is definitely booming and hardware manufacturers are generating millions of dollars in profit – not just in the U.S. – but on the global market.

Computer hardware (for personal/ office use) may have been selling like hot pancakes for years now but the increasing use of the public of the cloud can affect sales over time. Computer user groups show no preference to hardware brand at all when it comes to cloud computing.

The big computer hardware suppliers have ruled the hardware roost for many a year. So assured was their hold on enterprise IT budgets, there was even the saying of “no one ever got fired for buying IBM”, alluding to how these big IT brands carried the argument for large hardware expenditure. But is this now at risk?

Public cloud adoption is rising, and anyone who’s had the pleasure of wandering around some of the datacentres used to host these clouds may be surprised by the lack of large-brand logos on the hardware inside, and in many cases, the lack of any logos at all.

For the average organisation, buying hardware from a known entity with full commercial support still makes sense. However, as time moves on and more workloads move to the public cloud, this is a decreasing market for the main hardware suppliers. This is why IBM has spent so much time and energy repositioning itself as a purveyor of servers, network equipment and storage to a “cloud-first” company selling capabilities around SoftLayer, BlueMix and Watson.

People usually buy computer hardware that they can afford and matches their needs. Now that cloud computing is fast becoming accessible to many and preferred by big businesses, the hardware business is also changing to accommodate a different market. And perhaps, we may also be seeing some changes to the features of a computer hardware used on a personal level.