We are preoccupied during our waking hours. There is just so much to do that our time is not enough to do them all during the day. Even though you are just sitting in a corner with your smartphone on, hours pass by as you scroll through your newsfeed and keep yourself updated on what is trending online. It is why many of us end up sleeping late and waking up late the following day but still feel as if we haven’t slept enough. Sounds familiar, right? 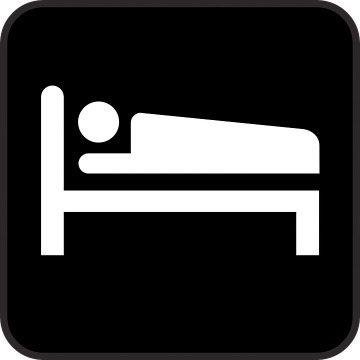 Sleep isn’t optional. Our body will demand sleep once it feels drained and exhausted. Snoring can make it worse. But the modern distractions we now enjoy have a negative impact on the quantity and quality of sleep we get daily. Sleep is important for us to be healthy. And that is of utmost importance because a healthy body can fend off diseases and perform effectively in any activity.

There is not set number of hours of sleep which all humans must follow in order to survive, the lines are slightly more blurred than that. However, research has shown that those who have seven or eight hours of sleep generally function most efficiently.

They have fewer lapses in concentration than those who receive six or less hours of sleep over prolonged periods of time. After just two weeks of only six hours of sleep, the reaction time of a person is similar to that of someone with a blood-alcohol concentration of 0.1, who would legally be considered drunk.

As the length of time which a person suffers from sleep deprivation increases, so does the time it takes for the brain to return to functioning normally by catching up on sleep.

Additionally, as you enter the stages of chronic sleep deprivation, how tired you feel does eventually level off, meaning that some people become unaware of the damage they are doing and believe they simply don’t need as much sleep as other people.

In addition to the effects sleep deprivation has on the brain, it also increases the chances of heart disease, obesity and diabetes.

Establishing a regular sleeping routine may be hard for many but you can enjoy a good night sleep daily by following these two simple tips:

We undervalue the act of sleeping. That’s our problem. We believe it’s enough to get under the covers and close our eyes. It’s much more that that! It’s important to sleep with a clear mind, with the brain prepared for the task of resting and a clear idea about the best time to wake up the next day.

The sleeping process starts long before you go to bed. Above all, it’s important to feel emotionally calm and quiet.

Stay away from light

Do you usually use your cell phone right before going to bed? Smartphones, TV, tablets… emit what is known as blue light. When your eyes see this type of light, they send the following message to your brain: “Let’s not sleep yet, it’s still day!” The brain takes note and eliminates the production of melatonin, a hormone that prepares the body to go to sleep and regulates sleep. I do recommend that you activate Night Mode on your smartphone. This feature actives a special filter that neutralizes the blue light starting at a certain hour, so it doesn’t affect the production of melatonin.

There are even sleeping apps you can download to help you beat insomnia and sleep soundly through the night but it’s all up to you if you want to download it considering that you have to tinker with smartphones again and you might easily get carried away and end up browsing through social media and lose even more sleep.

As if sleeping soundly at night isn’t hard enough, there’s the threat of sleep apnea that not only annoys your partner but is another health risk you have to deal with.

“Apnea means not to breathe, and obstructive sleep apnea refers to the fact that it’s an obstruction in the upper airway,” Janton said.

Janton says apnea significantly raises the risk of dying from cardiac disease or stroke. It’s estimated 22 million Americans live with it, and a large number of cases go undiagnosed.

Sleep apnea is a serious health condition that needs medical attention. Unlike the other sleeping distractions you face each night, it requires medical intervention and the use of helpful medical devices like a mouthguard or the use of an anti-snoring mouthpiece to reduce snoring and ensure breathing does not stop. So, better change your sleeping habits now to prevent sleeping disorders like it and to age healthily and gracefully by getting enough sleep that your body deserves.